In no other genre, is a map at the start of the novel as important as fantasy.  I put a map at the start of my own historical novel Roman Mask, but as that map is essentially of Europe with Roman names, I realise is doesn’t really hold the same importance to a reader as a fantasy novel’s would.  A fantasy novel’s map is more than just a piece of cartography, it is a depiction of the world the writer has created in their mind, and a glimpse into a new world.  The rivers, valleys, forests, and mountains can sweep across continents and seas, creating the perfect avenue of escapism that makes the fantasy genre so appealing.  As my cousin used to say to me when we were eleven and first discovering fantasy books, ‘you can always tell it’s going to be a good one by its map, I always judge a fantasy novel by its map!,’

A bit harsh maybe, but that’s eleven year old’s for you, and it shows how important this aspect of the fantasy genre is.  Here are a few fantasy worlds depicted well via their maps. 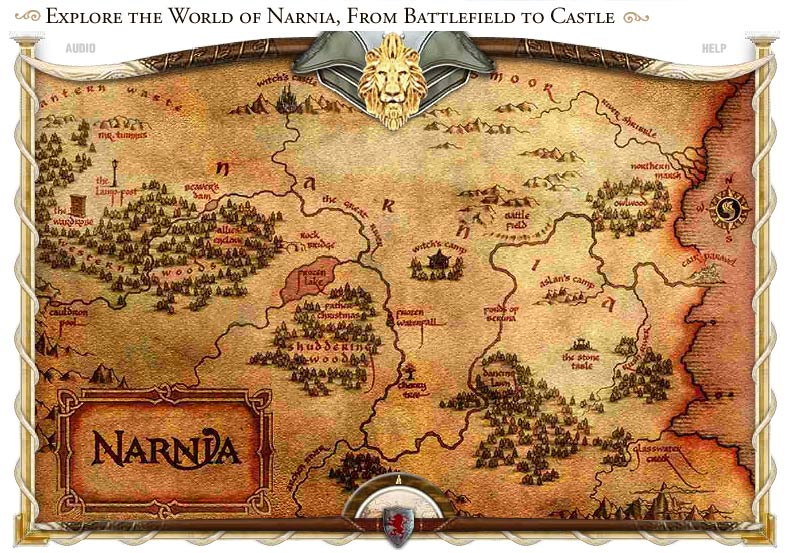 Narnia- CS Lewis.  Most worlds we conceive of have a relationship with our own; we expect them to, by and large, follow the same norms as our own, possibly with a bit of magic thrown in.  However, fantasy realms needn’t follow any accepted rules or physics if the writer doesn’t want it to – imagination is the only limiting factor.  In this tradition, C.S. Lewis conceived of the lands of Narnia, a world that is flat rather than round, where the seas flow off the edge of the world in a great waterfall. 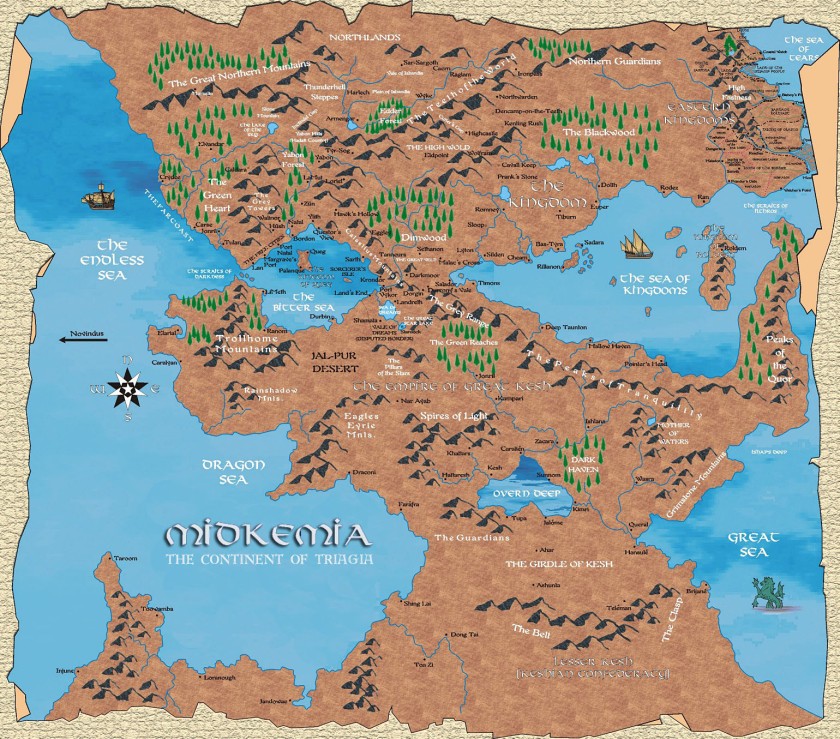 Midkemia – Raymond E Feist. Feist’s beautiful world is beset by protagonists that arrive unexpectedly through a magical rift between worlds.  If that sounds fanciful, imagine how the Native American’s felt when the Europeans first arrived on their shores, and you realise it isn’t without precedent in our own history. 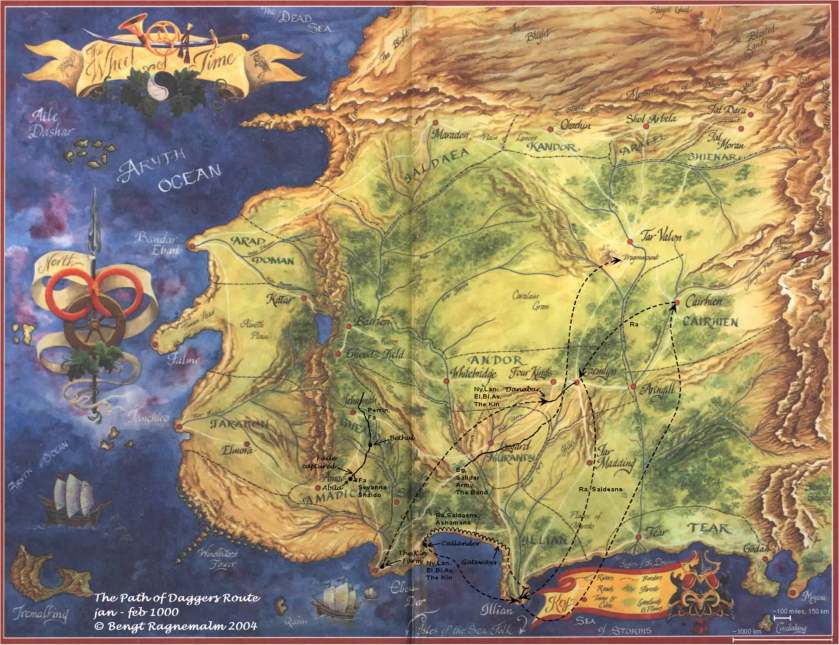 The Wheel of Time – Robert Jordan.  It was a good job that Robert Jordan created such an interesting world for his Wheel of Time series, because after thirteen instalments of these books, you will get to know it very well.  What I like about Jordan’s world was the ring of countries to the North, the borderlands.  Strong nations defined and shaped by tough warriors who hold back the forces of the Dark One from the Blight. 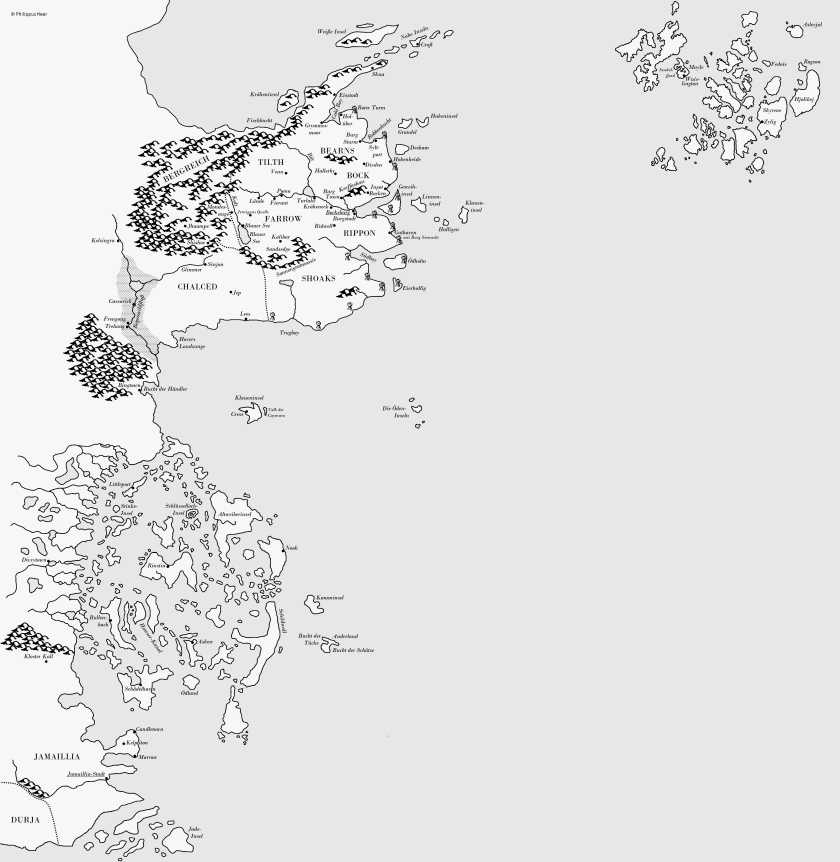 The Six Duchies and the Cursed Shore – Robin Hobb.  Robin Hobb takes an unusual approach in her fantasy novels, in that each series, despite having completely independent storylines, characters, and plots are all set in the same world – just different parts of it.  The benefit of this approach is that after each novel is released, her world becomes richer, and more realised. (The exception to this is her Solider Son Trilogy, which is set in its own realm). 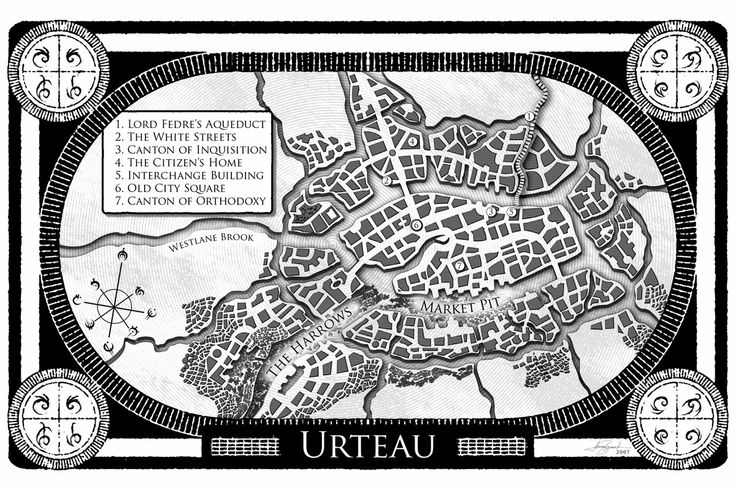 The Mistborn – Brandon Sanderson.  It needs to be remembered that designing a world’s mountain ranges, forests, and coastlines can only take you so far – it is the inhabitants that make a world, so realistic cities and towns are just as important.  Quite often complicated plots set within a city can be greatly enhanced by the aid of a map, highlighting the urban sprawl’s streets and alleyways. 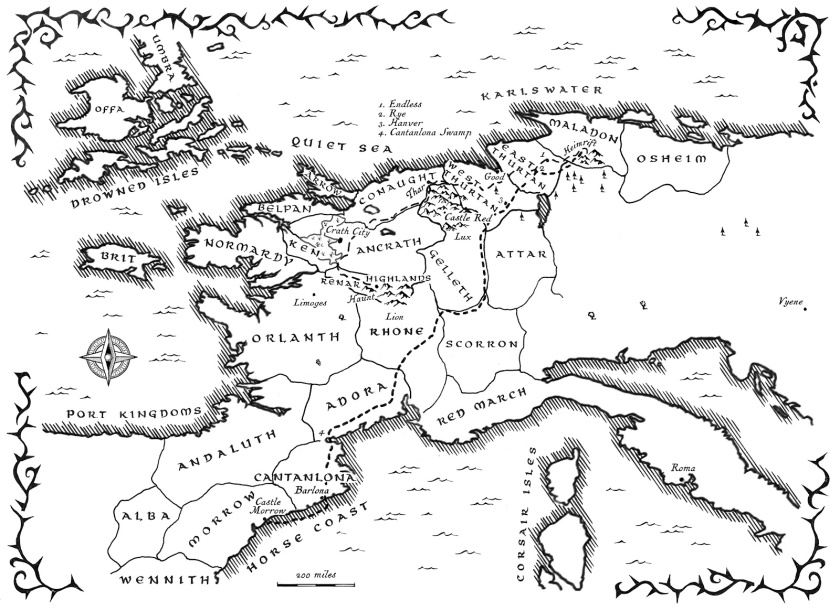 The Broken Empire – Mark Lawrence.  Lawrence’s world is actually our own, just changed beyond recognition by a nuclear apocalypse and a changing of the laws of physics, so that will alone can shape events.  This gives a semblance of magic and necromancy.  The place names will be somewhat familiar, but just like the rest of his world, slightly altered. 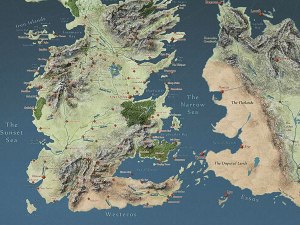 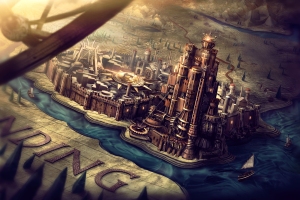 Westeros – George R R Martin.  When George R.R. Martin first started writing Game of Thrones, he wanted to write a set of novels that freed him from the restrictions of film making (he worked in Hollywood) and construct a world so outlandish and lavish, that turning it into a screen version would be impossible.  Of course they’ve since taken up that challenge and succeeded to such a spectacular degree, that few would have thought possible.  The map still plays a big part too, making up the beginning sequence to the series. 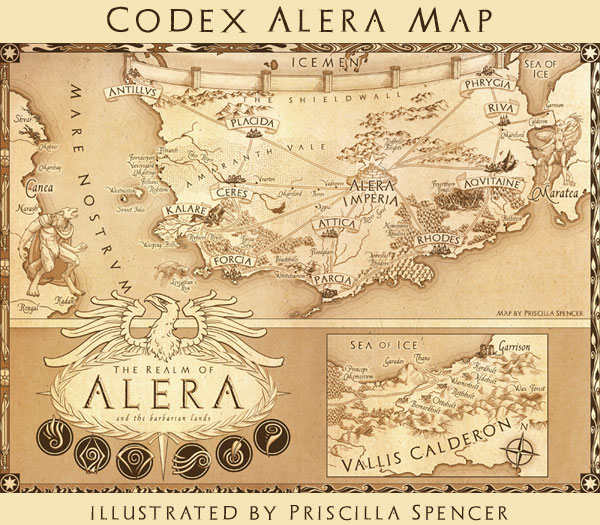 Alera – Patrick Rothfuss.  Patrick Rothfuss is the new star of the fantasy writing, his books being incredibly popular and bringing new fans to the genre with his excellent writing and thoughtful story.  His world is equally well thought out, detailed, and rich with communities and varied races. 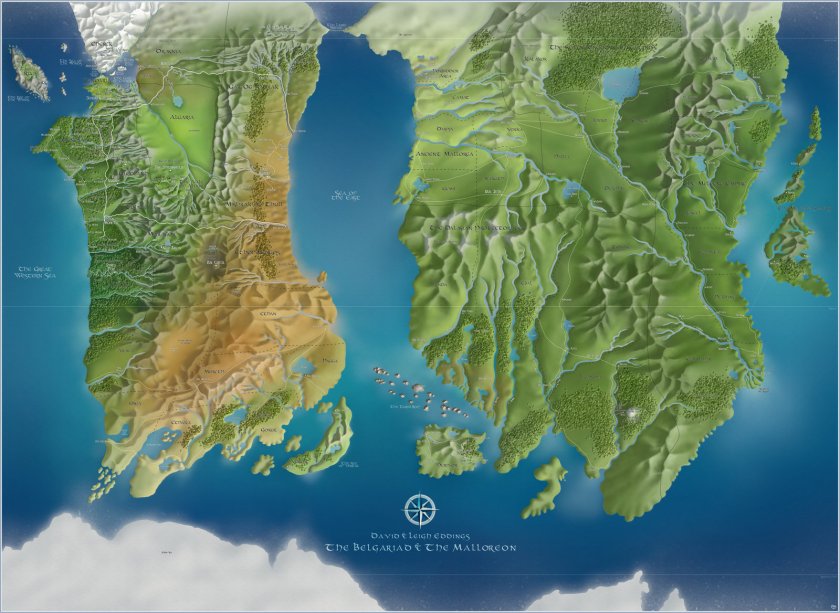 The Belgariad and The Malloreon – David Eddings.  It’s been a long, long, time since I read these sets of novels so forgive me if my memory plays me false.  One of the aspects I particularly enjoyed about this series as a young adult was how the world, depicted in beautifully well drawn maps were slowly revealed as the two stories progressed.  Just as you thought you knew the world, a whole new continent would be revealed. 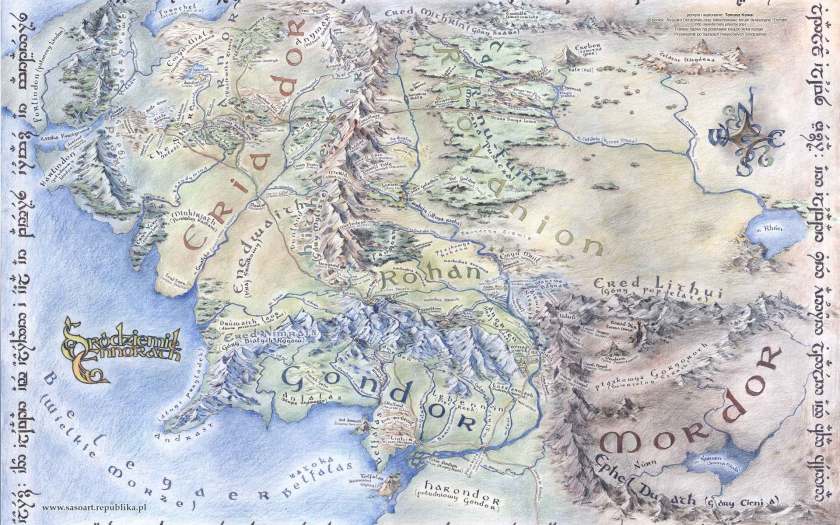 Middle Earth – J R R Tolkien.  The Grand-daddy of them all, still the most complete and detailed of all the worlds ever created for the genre, despite being the first.  One of the reasons all fantasy novels should have a map at the beginning is because Tolkien put one at the start of his, and his novels are still the benchmark for all fantasy novels to aspire to.

Okay, I know some of you will be thinking that if the writer does their job well, with their descriptive power and ability to build images in the readers mind, the map is unnecessary.  To an extent I agree with you, the first David Gemmell novels never came with a map and that never spoilt my enjoyment of his books.  But I think that a fantasy novel never loses anything by having a depiction of their world at the start of the book and if it brings pleasure to some readers, why leave it out?