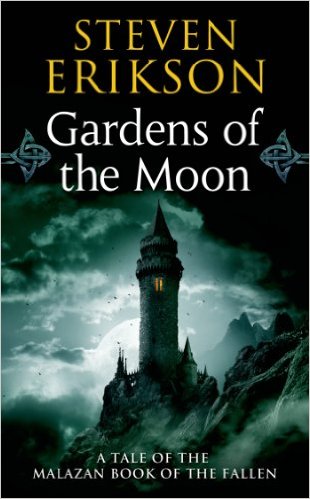 Some stories just cannot be told in one book.  Many historical and fantasy epics span several volumes, taking well known characters through countless adventures, as the twists and turns of their stories unfold through multiple novels.  Sometimes starting such a long journey can be daunting – do I really want to commit myself to such a long story?  When will it ever end?

However, recently, I began to miss the involvement such an immersive story gives you, so decided to start Steven Ericksen’s long fantasy epic – Malazan Book of the Fallen.  The story starts with the novel, Gardens of the Moon.  Just reading this series is an ambitious project as it spans nine books and promises to take up a lot of my time.  Now I should point out, that at the time of writing this, I’ve just read the first of these novels.  So I’m unqualified to speak on the series in its entirety, but I was pleased with the start that Gardens of the Moon has made in taking me into this journey.

The world we find was once dominated by the elder races, of which there were four, who were imbued with vast magical powers, enough to challenge the Gods themselves.  However, the remorseless march of time has wearied the elder races, and they have largely withdrawn from the world by the time we join the story, leaving lesser mortals to take over the lands.  We enter the story on the continent of Genabackis, as the Malazan Empire starts its campaign of expansion against the Seven Free Cities.  We join a squad of soldiers, as they prepare to assault one of the cities and bring it into the Empire.  However, all is not what it seems, and soon their loyalty is tested to breaking point in a tale of intrigue and betrayal.

Their world is very different from our own, as mages of extreme power war against one another, pulling power from their particular ‘warren’ of magic, that represents the source of their craft.  Different mages have different talents and can draw from different sources, so Erickson’s novel gives us a very varied array of magical powers, that are almost limitless in number.  These are complicated further by the remnants of the Elder races, who occasionally make an appearance, with their vast arcane knowledge.  Those without the aid of sorcery are hardly defenceless however, as some are armed with swords made from the rare otataral ore, that can deflect the influence of magic – which I thought was a neat counter-point to the otherwise all-encompassing power of the mages.

The story is fast paced as we are introduced to a whole host of characters that I am guessing will play an important part in the story to come.  Each one is well thought out with their own back story and personality.  The first book culminates in a vast convergence of power at the city of Darujhistan, where competing forces wrestle for mastery over the great city, the jewel of Genabackis.

I’m not sure how many of you wish to embark on such a long journey with this series, but judging by the first novel, it won’t be a boring ride… 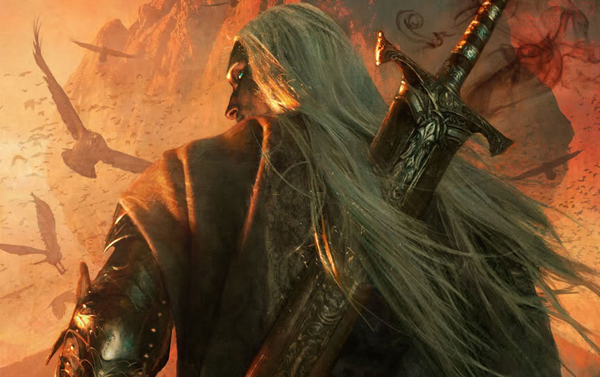