If you want to write a novel, you will need well rounded and believable characters to pull your readers along with the story.  For readers to care what happens at the end of a book, you will need to forge a connection between them and your characters.

Different authors will have a variety of different approaches to constructing characters for their novels.  Some will take a more ad-hoc approach, and develop them along the way.  But for myself, if I am going to create realistic characters, it is important to map out their characteristics at the planning stage of a novel – after all, you wouldn’t start writing a book without knowing what your plot is going to be, so why should the characters be any different?  They are just as vital to your novel so it is worthwhile spending some time on character development before you start writing.   These are the stages I go through when putting my characters together – you can play around with the order, nothing here is set in stone.

Appearance:  Okay, let’s start off with an easy one.  I imagine you already have an idea in your mind’s eye what your character looks like, but try and describe him/her in writing now.  This will make it easier later on, when you will need to describe them in the novel.  Also include as many details as you can, such as colour of eyes, skin complexion, height, and timbre of voice.  You might not need all these details for your novel, but it’s good to have them there now to help you imagine them in scenes later on.

Traits and oddities:  This can be a limp, lisp, or a simple mannerism of your character, such as their general turn of phrase, or the particular way they might flick their hair, or any distinguishing trait.  However, be warned, you don’t need to do this section for all your characters!  Don’t give all your characters an odd mannerism for the sake of it, or your novel could end up becoming a very strange book indeed!

Strengths and weaknesses:  A lot of authors are very good at the first part of this, and can reel off all their main characters strengths – good with a sword or gun, charming and funny, clever and quick-witted. What they are less good at is defining their weaknesses, but it is just as important to concentrate on this aspect as we are all flawed in someway.  A large ego, a fear of confrontation, a tendency to become maudlin when deep in their cups, or an inability to admit when they’re wrong, all can add depth to your character.   If you want to create somebody who appears realistic, you will need to spend just as much time on the darker side of their personality.  It will also give your novel so much more scope to develop if you know both sides of their character.

For example, in my novel Roman Mask, I started off by highlighting my main characters weaknesses.  Then as the story progresses, and he grows with the story, I could slowly draw more from the strengths of his personality.  This means that you can see a progression in his personality, as he slowly recovers from the tragic events that put him in a lowly state.

This can easily work the other way round.  For example, you could have a well-meaning politician who starts the book full of idealism and great ideas as his vision and intelligence gives him\her the desire to help people.  Later on, their arrogance in thinking that only they are capable of doing the right thing can lead to them being corrupted by the power and prestige of their position.  Either way it shows a progression as the character develops and is a useful tool.

Back-story:  It is one thing to invent the type of character you need for your novel, but how did they get there?  For example, you may have constructed a taciturn male detective who excels at deductions and visualising crime scenes, but what made him so adept at this skill?  Was it something from his school years?  What was his family background?  Why did he become a detective?  Was there a personal tragedy that led him down this path?  The more detail you can add at this stage, the more you will be able to relate to the character as a real person as you write your novel, as well as giving yourself an invaluable pool of information to draw upon when you need inspiration for a sub-plot.  One point of warning however, remember that at this stage your readers will not know of this back-story yet as they won’t read the character profiles, so don’t forget to incorporate them into your novel at some point. 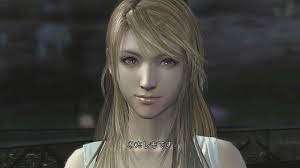 Overall impression:  No matter how well you define your characters strengths and weaknesses, and their back-story, you will still need to remember why you created this character in the first place.   For example, if you originally brought them into your novel to act as a light relief from the seriousness of your main character, you will need to make sure that you are sticking to this trait through your novel, and that they’re not just morphing into a lesser version of your main-lead.  Of course your characters can develop in their own direction once you start writing, but be aware that if you originally wanted a cheerful, friendly character who laughs a lot, that you don’t forget this all together.

You may disagree with this entire process, that is completely your prerogative, but it’s good to at least know what works for you and what doesn’t.  At the very least, have a method of your own that you use when you create a character.  Characters are, for me, the bedrock of great writing, so they deserve as much time and effort you can give them.