What makes Game of Thrones such a fascinating and exciting series, in both the books and the TV series, is the vast array of brilliantly conceived characters, with unique backgrounds and complex personalities.  A great lesson, to anyone wishing to write a novel, is to look at the great breadth of characters, and how the story comes alive due to their differing nature and personal values. I couldn’t possibly describe them all, but here are a few.

Daenerys. One of the most intriguing characters in Game of Thrones is the exiled queen across the sea, who we follow as she builds support in foreign lands in the hope of one day reclaiming her rightful crown of the Seven Kingdoms.  The reason she is so intriguing is seeing the progression of her character.  She moves from naïve young girl, being advised by Sir Jorah, through a young marriage to a Dothraki Khal, and into a regal and valiant queen capable of both great empathy with her subjects and terrible wrath with those who cross her.  A Great example of how a character can develop through a series of novels, as the events of her story change and mould her.

John Snow.  The lot of an illegitimate son or daughter in Westeros isn’t an easy one.  Even the names they take in the Seven Kingdoms reflect the status of their birth – Rivers for those born in the Riverlands, Stone for the Eyrie, Flowers for Highgarden, Sand for Dorn, and importantly for the storyline, Snow for those born in the North.  John Snow is the illegitimate son of Eddard Stark, the one reminder to the world that his father wasn’t quite as honourable as he appeared.  Brought up in Winterfell, he signs up for the Nights Watch rather than face the scorn and injustice of life in his father’s service.  The storyline of John Snow is slightly separated from the rest of the Seven Kingdoms as he serves his watch on the Wall and combats the Wildlings who live beyond it and the increasing menace of the terrifying White Walkers, an ancient evil that has returned to the land North of the Wall.  John’s story is intermingled with his own story, as he contends with the bigotry towards his birth and his own personal battle to remain faithful to his vows as he falls for a Wildling from across the Wall.

Cersei.  The beautiful twin of Jaime Lannister, who married Robert Baratheon to become the Queen of the Seven Kingdoms.  Seemingly she has it all, looks, wealth, three beautiful children all with the same golden hair to match her own (and her twin brothers!).   However, appearances can be deceptive.  Her cruelty and arrogance mask a very unhappy existence as Robert’s queen, due to her drunken and often abusive husband.  Her decision to seek solstice in the arms of her own bother lead to the events that will ultimately tear the Seven Kingdoms apart.

I like Cersei.  When you think of the scheming characters or treacherous betrayals that make Game of Thrones so intriguing it is Cersei who springs to mind.  Her beauty is only matched by her cruelty and ruthlessness, and her hatred of her younger brother Tyrion only adds to her appeal as an arch villain.

Eddard. When you first start the Game of Thrones series – either the books or the TV adaptation – it is easy to think that the story will go along the normal traditional path you’d expect of good triumphing over evil.  Eddard is the honourable, honest, and decent man who is prepared to do the right thing in order to serve the throne and the realm.  Surely his inherent good and strong heart will ultimately prevail against the villainous plots of the conniving Lannisters?  When King Joffrey chops Eddard’s head off in King’s landing we realise that this story is not about to go along traditional paths.

Joffrey.  King Joffrey, the (supposed) son of King Baratheon and Queen Cersei is the king everyone loves to hate.  He is more than just mean and cruel, his arrogant malevolence and spiteful nature merely mask his own stupidity as he proceeds to alienate more and more of his allies who helped put him on the throne.  Impossible to like, Joffrey makes the perfect evil and loathsome King. 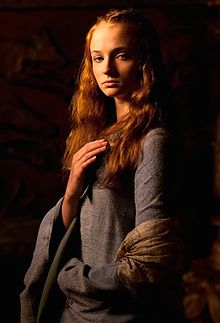 Sansa.  Oh dear, Sansa, awful Sansa.  Everyone hates reading these chapters.  Boring and wet, Sansa Stark is also annoying and stupidly sides with Joffrey and Queen Cersei against her own family.  She belatedly learns the error of her ways when they chop her father’s head off, but it’s a bit late by then.  Gradually she grows a backbone through adversity, but still remains annoying at times.  Works as a good foil to all the nastier, crueler characters that surround her, showing that you still need a balance between light and shade.

Jaime. Jaime is one of my favourite characters.  This is quite surprising considering that when we first meet him he is caught having sex with his sister and throws a young child out of a window, crippling him for life.  Known as the Kingslayer for dispensing with the last king whilst serving as a member of the honoured Kingsguard.

However, despite Jaime’s many crimes he begins to grow on you.  The clever way that Game of Thrones is written means you learn the motives behind his king-slaying and soon his misunderstood life begins to make sense.  He is both funny and charming, and wins you over with his bouts of heroism and occasionally glimpsed honour.  The path of redemption is often a long hard road, but a fascinating one for all that.  It just shows that there is always two sides to every story. 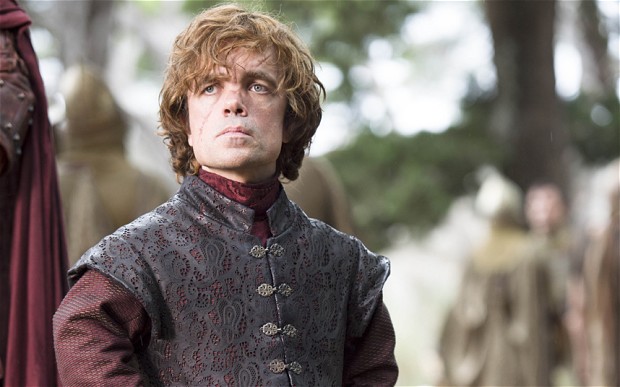 Tyrion.  Has there ever been a more surprising character to become the readers and viewers favourite?  Tyrion a dwarf, nicknamed the Imp, is clever and shrewed, he is also funny and his sharp wit is a constant companion as he plots his way through the series.  It is impossible not to root for him as he successfully defends King’s landing at the battle of the Blackwater and leads the defenders with supreme courage.

Tyrion is a wonderful example that heroes come in all shapes and sizes and that writers needn’t concern themselves with common conventions on how a hero should look.  Tyrion is never able to be a great swordsman like his brother, and yet he strides through the novels becoming the character that most readers look forward to reading most.

Tywin.  There can’t be many more menacing and terrifying characters as the head of the Lannister family.  He doesn’t intimidate by acts of petty cruelty (like Joffrey) or imposing skill at arms (Jaime) but by his authority, imposing intellect, inherent seriousness, but most of all by his colossal force of will.  A brilliant character in the novels, he is taken onto a new level by the brilliant portrayal by Charles Dance in the TV series.  Impossible not to get the shivers when thinking of him.