As I’ve stated in earlier posts, I think both the historical and fantasy novel have more in common than separates them.  Both appeal to readers who want to escape the modern world with all its safe structured uniformity, and be transported to another time or place where the actions the characters can make a difference and life can be exciting and have real meaning.  However there are obvious differences, and when I decided to write a novel I had to decide which way I wanted to go – historical or fantasy.  In both cases I chose historical, but don’t let that make you think it is my preference, as I genuinely love both genres (I WILL write a fantasy novel at some stage).

Pro: Researching a subject to base your novel around can actually be fun.  If you’re like me, and you love history, finding out about an era or particular subject can be immensely rewarding as you lift the veil on the past.  Tip: Choose a subject you love…you are going to be spending a lot of time on this subject, so make sure it’s not something you’re liable to get bored with.

Con: Don’t get carried away with small details.  Although it is tempting to put all you have learnt into a novel, you can ruin the all-important immersion of the story if you are periodically stopping to explain one historical fact or another.   When I wrote my first novel, I was very excited to learn all about ancient Greek siege engines, after researching the siege at Halicarnassus, and duly put it all in my novel….only for my father (who was helping me edit the novel) to put big thick red crosses through these pages with a polite note that said ‘too much information’.  He was completely right: remember you are a novelist not a teacher, and even though your readers will appreciate genuine historical detail, don’t go overboard and remember to slip it into your story with stealth and a subtle deft touch.

Pro: Historical events can provide a structure to base your novel on.  It is often a problem for an author to keep the events of his story in a coherent chronology, however if you stick to the historical events of the past, you already have a ready-made timeline from history just waiting for you.

Con: Historical accuracy.  Nobody wants to write a novel that isn’t historically authentic.  Where it is perfectly right and proper that the author should be allowed a certain amount of artistic license to mould their story, you want to remain true to the actual events of the past and not distort beyond the point of credulity.  When I wrote Roman Mask I spent as much time checking the historical facts as I did on anything else, but still woke up in a cold sweat in the middle of the night a few times worrying I’d got something wrong.

Pro: You can shine a light on a period of history you think people need to know about.  This is often a clincher for history buffs who desperately want the world to hear about a fantastic period of history that nobody seems to be aware of.  Rather than driving everybody crazy in the pub talking about it, write a book then the world can know! 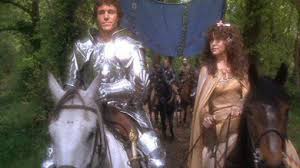 Con: Readers own preconceptions of a period.  It’s easy to upset people if you’re going to trample over a much loved historical icon.  Whilst taking an original or revisionist approach can be applauded at times, it certainly shouldn’t be done just for the sake of it, and be aware that there are a lot of people you might upset if you go too far…tread carefully.

Con: Writing about events that are topical today, can bring its own problems.  You might write a well meaning novel based around a period in the not too distant past, only to start receiving hate mail soon after.  Why?  Because the closer you get to today’s present, the more likely the wounds of history are liable to be fresh.  It is great that people can still be moved by historical events, and that people haven’t forgotten their past – but you don’t want to be the one at the receiving end of the ire.  Tread carefully.